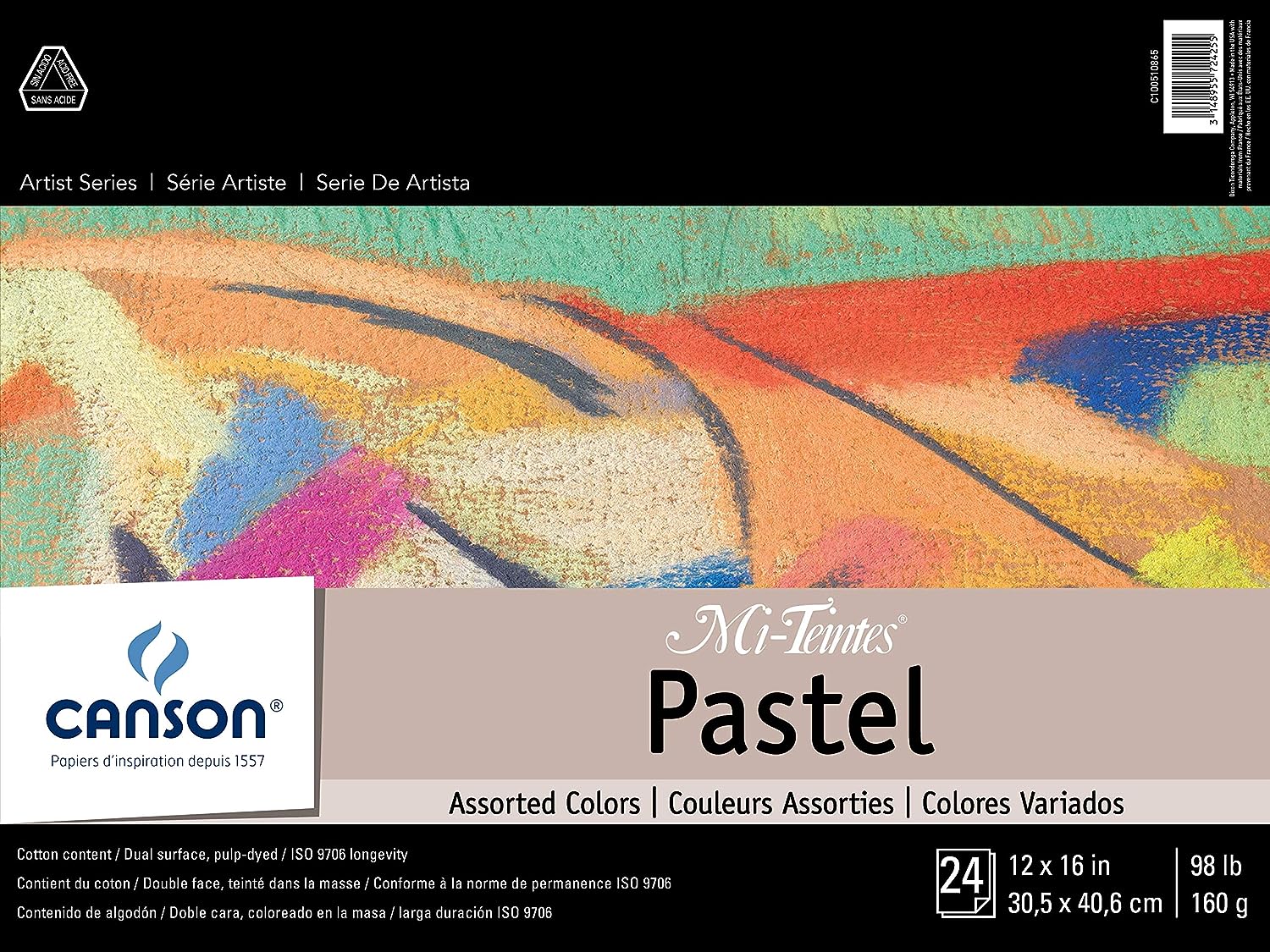 Color: Assorted Colors, Size: 12 x 16 inch. Canson's Mi-Teintes papers are recognized world wide as the preferred papers for pastel, drawing, and paper craft. These gelatin-sized papers are 50 percent cotton, and resistant to fading. The paper is dual-surfaced: one side with a heavy texture and the other with a lighter texture. Mi-Teintes is a light-fast paper that is colored at the pulp level. This pad is made with 24 sheets of 12 x 16 inch, acid free, 98 pound/160 gram paper.

The history of Canson spans nearly half a millennium since the factory was born in 1557 in the small hamlet of Vidalon, now a neighborhood in Annonay Ardeche, and developed through the Montgolfier family. Leading experts in the paper, the Montgolfier also interested in scientific studies and in 1782 built the first hot air balloon, whose envelope is out of their paper mills. In 1798, Alexandrine de Montgolfier brings the dot paper factory of his father, Manufacture Royale recognized since 1784, when she married BarthÃÂ©lÃÂ©my Barou de la LombardiÃÂ¨re de Canson.

Over generations, Canson has managed to retain the expertise of master craftsmen stationers, while continuing to innovate: tracing paper in 1807, Mi-Teintes, the first dyed paper, a patented photographic paper in 1865 and used by the pioneers of photography, the famous school "pochette" in 1947, Canson Infinity, a range dedicated to inkjet printing for editing and art photography in 2008 ...

Over the centuries, the greatest artists and designers have used the Canson papers: Delacroix, Van Gogh, Degas, Matisse, Picasso, Dali, Warhol, Jean-Michel Alberola, Toguo, Philippe Starck, Yan Pei-Ming ... Canson has created special links with them up to imagine special papers for Ingres and Maillol, or by giving to them support and visibility, whether they be great artists, designers, architects, fashion designers, cartoonists, photographers and amateur enthusiasts as well as children and schoolchildren.

If you have any homework question you can ask below or enter what you are looking for!